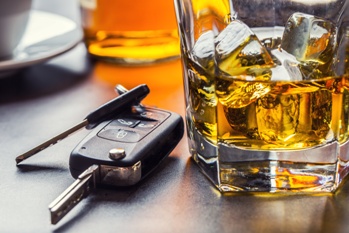 Vehicles can turn into deadly weapons if a driver is under the influence of alcohol. Although recent measures have brought death tolls down considerably, drink-drive accidents still account for nearly 13% of all road deaths in Britain. If you have been injured in a collision with an impaired driver, you have the right to file a claim to recover compensation for everything you have lost as a result of the crash.

Penalties for Drink Driving in Scotland

Under current law, any person found guilty of drink driving—even for a first offence— may face multiple penalties, including:

It is important to note that there are differences between criminal cases and civil claims. Even if the driver who struck you has been arrested and charged, you will still need to file a personal injury claim to recover compensation for your injury costs and other losses related to the accident.

Although impaired drivers are six times more likely to die in a road accident, the majority of injuries sustained in drink driving accidents are innocent parties such as passengers and sober drivers. In 2014, 340 people suffered drink driving crash injuries as passengers or drivers in other vehicles, while 70 pedestrians were injured or killed as a result of a drink driver.

A driver who is over the legal alcohol limit is far more likely to cause an accident than a sober driver. Even a small amount of alcohol can cause dulled faculties, blurred vision, slower reaction times, and an inability to make rational decisions. A driver who has gotten behind the wheel after drinking has not only shown poor judgment, but he or she is likely to be seen as negligent in a personal injury case.

If you have been injured in an accident with an impaired driver, you may be eligible to collect compensation for your:

A road traffic accident can be a traumatic event for victims and their families. It is our goal to relieve as much of the burden as we can by sharing the risk of the case in our no-win, no-fee pledge, paying court fees out of our own pockets until we secure compensation. Call us today or fill out our enquiry form to set up your no-obligation chat with a member of our legal team.