Negligent Actions and Driver Behaviours That Cause Car Accidents 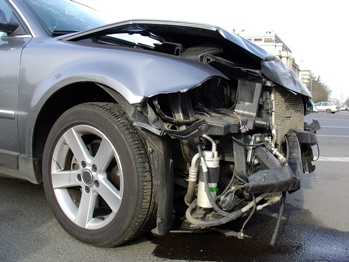 Some car accidents, such as rear-end crashes, leave little doubt as to who is at fault for the crash. However, most accidents involve a combination of factors, and it will take a thorough investigation to determine who may be held liable for medical costs, property damage, and other losses.

It only takes a few seconds for a crash to occur, and the initial cause can vary from dazzling sunlight to sharing the road with an intoxicated driver. While there are many factors that can contribute to an accident, there are some conditions that occur time and time again.

According to a recent report by the UK government, the most common inciting incidents that lead to road traffic accidents in Scotland include:

How to Determine the Party at Fault for Your Car Accident

Victims often attempt to collect compensation for a car accident from the at-fault driver, but there are many additional parties that could be liable for the costs of the crash. As experienced injury attorneys, we perform a thorough investigation into the cause of every accident, gathering the necessary evidence to prove that a negligent party was directly responsible for your injuries.

Next, we will examine whether your own actions could be interpreted by an insurer or the at-fault party contributory negligence. In Scotland, the party responsible for the crash may reduce the amount of damages paid to a victim if the victim contributed to his or her own injuries. Even if you are in no way at fault for the accident, the at-fault driver’s insurer may attempt to place some of the blame on you in order to pay less on your claim. We can anticipate these arguments and ensure you get the full amount you are owed for your medical costs, property damage, and out-of-pocket expenses.

There is only a short period of time to bring an injury claim in Scotland, so injured drivers and passengers should seek legal advice as soon as possible. Call us today or fill out our enquiry form to set up your no-obligation chat with a member of our legal team.