How long do I have to file a car accident claim? 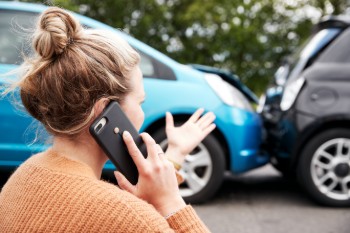 If you were injured while driving, hurt while riding as a passenger, or struck by a vehicle in Scotland, you have three years in which to file a personal injury claim for compensation. If legal proceedings have not begun within three years, the case will be time-barred and will likely not be heard by the court.

While the time limits for filing injury claims may vary depending on your location, it is always best to get legal advice sooner rather than later. Evidence disappears quickly after a car accident, and a lawyer’s experience in these matters can be invaluable in the weeks following a crash. A lawyer may also explore whether other limitations may come to bear on your claim.

For example, the time limits that apply to your case may be shorter or longer depending on:

Our road traffic injury lawyers represent both drivers and passengers whose injuries have caused a lasting impact on their lives. Call us today or fill out the enquiry form below to set up your no-obligation conversation with a member of our legal team.